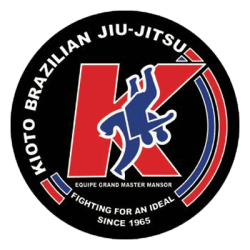 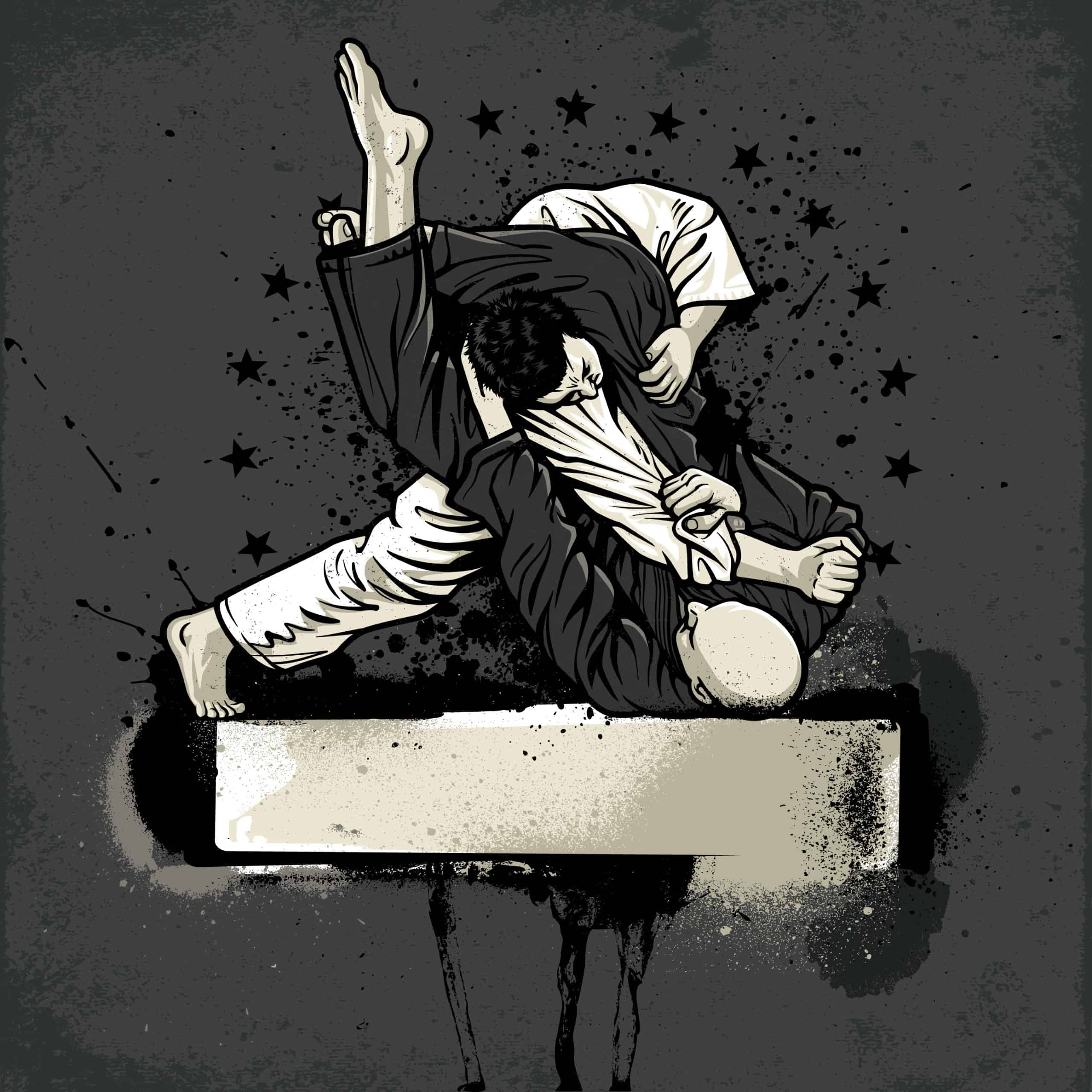 Learn to finish that Triangle Choke

The Triangle Choke is a popular and highly powerful Brazilian Jiu-Jitsu (BJJ) submission.

In this position, a thigh choke across your opponent’s neck disrupts the blood flow, causing him to pass out or submit.

The Triangle Choke is highly effective because its versatility allows several ways of achieving results. You can apply this choke from multiple positions, which makes it challenging for your opponent to defend.

BJJ legends leverage this position to win thousands of matches, showing how effective this method is when applied correctly.

This step-by-step guide elaborates on how to apply the Triangle Choke like a pro!

What is a Triangle Choke?

The triangle choke also goes by the name blood choke because of the mechanism behind it. The position applies pressure on the neck’s carotid arteries, limiting the blood flow to the opponent’s brain.

Your legs apply immense pressure on one side of the person’s shoulder and neck as you push one of their arms into the other. Essentially, you’ll use your opponent’s arms to choke or strangle them.

Once you achieve a proper triangle, one leg’s knee pit cuts the circulation in one carotid artery. Your crossed feet push your opponent’s shoulder against their neck, cutting off the second carotid artery.

The triangle choke leverages the strength in your inner thigh muscles or adductors, hamstrings, and glutes, which are your largest muscles. It allows you to apply incredible pressure with minimal strain.

You can implement the triangle choke hold from various closed guard positions. Your position isn’t really a concern as long as you can wrap both legs around your opponent’s shoulders and neck, with one arm out and the other in.

The most vital step in the triangle choke is securing one hand inside the wrap and leaving the other out. Without this step, any further finishing detail becomes irrelevant.

How to Achieve A Triangle Choke

The triangle choke is a highly effective BJJ technique in self-defense and competition. However, it can only be effective when performed correctly, and here’s how:

The first step in the triangle choke is gaining control of the other person’s wrists. This move in a closed guard position serves several purposes.

Your opponent’s first step in opening and passing your guard will likely be securing grips. Gaining control of their wrists will thwart such attempts.

Furthermore, in self-defense, controlling your opponent’s wrists prevents them from attempting strikes. It also allows you an opportunity to position your arms for the triangle choke.

Executing the triangle choke requires taking charge of your opponent’s arm. This is because you’ll need to press onto your opponent’s neck using one of their shoulders and your legs.

Once you gain control of both wrists, push one of the other person’s arms into their torso while pulling the arm forward. This move positions the opponent with one arm out and one out, which is ideal for the triangle choke hold.

With your opponent positioned one arm in and the arm out, you’ll need to open your closed guard to thrust both hips upwards briefly.

At the peak of this move, position one leg above the shoulder of the hand you held against your opponent’s torso. Next, move your second leg beneath your opponent’s second shoulder.

Most closed-guard submissions involve breaking your opponent’s stance or posture. When trying to achieve the triangle choke from a closed guard position, taking charge of the other person’s posture is essential.

You can gain this control by using your legs to pull forward or both hands to pull downwards on your opponent’s head.

Keep in mind that failing to maintain control over your opponent allows them to regain an upright position. It also increases their chances of thwarting your triangle choke strategy.

A proper angle is the only way to achieve a successful triangle choke hold. From a closed guard position, your goal should be attaining a perpendicular angle between you and your opponent.

You can try shifting your body into the proper position by pushing off the other person’s opposite hip using your foot.

Remember that performing this move requires you to unlock your legs. You must hold your shin behind the person’s neck and then pull downwards to retain control of their posture.

Once you finish this move, one side of their face should be directly visible.

If you achieve the above steps, it’s easy to finish the submission. You’ll need to make a few moves to complete the choke.

The first move is relocking your legs, if you open them, to get to the correct angle. Using the leg positioned behind the person’s neck, place the ankle’s top side under the knee of your second leg.

After relocking your legs, ensure the trapped arm remains across your body. You can complete the triangle choke at this stage without your opponent’s arm crossing their body. However, freeing the arm allows them a chance to escape, making it more challenging to fulfill the submission.

Your opponent may try to fight back by pressing their elbow against them. You can easily expose their arm by dislodging it through a minor hip bridge.

With your legs and the person’s arm correctly positioned, you can pull down on their head and squeeze both legs. This move generates excessive neck pressure, prompting them to tap out to avoid passing out.

Although the triangle choke is relatively easy, these tips will help you achieve and retain the choke.

Your hips should be above the ground before you move in for the triangle choke; otherwise, you’ll have a difficult time.

Your knee should go over the ankle when locking your legs in the triangle choke. This move prevents you from injuring your foot due to the high pressure.

Always remember that your legs should cross on the same side where you have your opponent’s arm pinned between your legs. 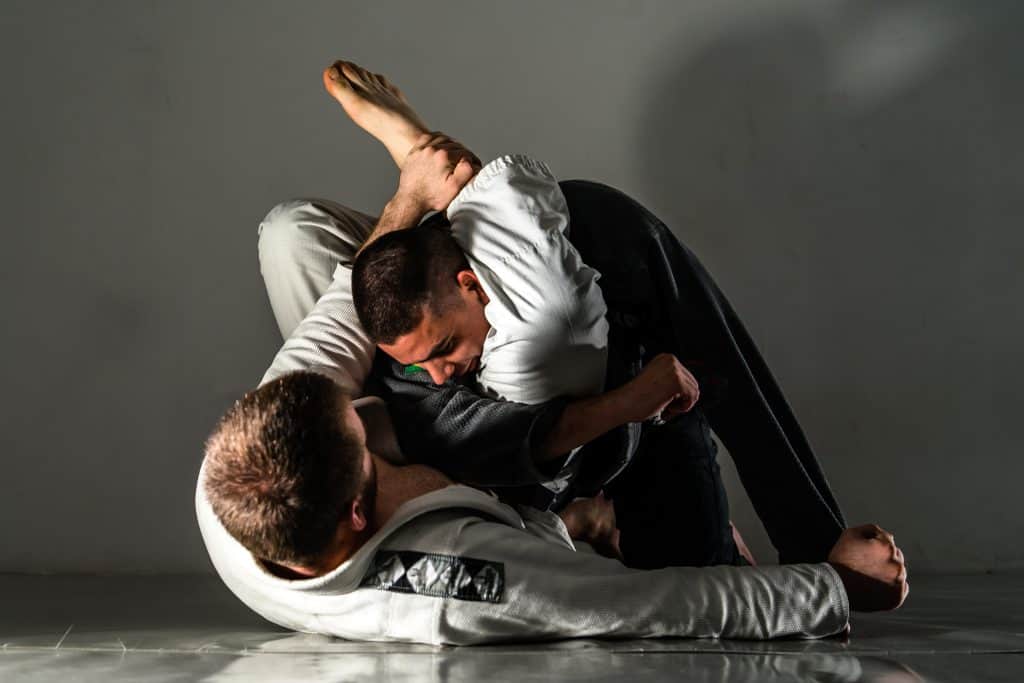 The triangle choke is an easy yet powerful move in BJJ. If you master these steps during training, this choke will be an excellent addition to your arsenal.

Regardless of your experience level, there’s always space for improvement. At Kioto Brazilian Jiu-Jitsu (BJJ), we offer personalized classes for kids and adults of all ages. Get ready to finesse your skills under the guidance of black belt Professor Melissa Regis and World Champion Milton Regis.