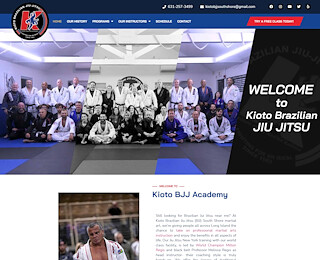 He was born in Brazil in the year 1940 and got into martial arts by the age of 15 through the legendary Helio Gracie. At 17, Master Mansor fought his first Vale Tudo fight and finished his opponent within 17 seconds. Master Mansor has fought numerous times in No Holds Barred rules and has won every bout. To this date, he remains undefeated in his fighting career. Mansor is highly talented in working with youngsters and children and has played an integral role in growing several great BJJ fighters.

Our training programs for adults and kids

As the #1 Long Island MMA and fitness center, we offer BJJ training for adults and kids. We offer two different training sessions: FOUNDATIONS lessons and Brazilian Jui-Jitsu on Long Island for adults. Our training lessons are for both men and women across the Long Island area. Two- time World Champion Milton Regis offers training on the best grappling skills and educates his pupils on ground-based self-defense for real-world and competition settings.

Our training program for kids keeps them active and builds essential character skills. Our training facility for BJJ in Long Island, NY, offers age-specific instruction to children as young as three. We also train students with special needs and teach them the basics of movement and body control, and basic motor skills. Our kids’ program is ideal for children between the ages of 3 and 15.

While BJJ can look unsafe at first glance, students suffer fewer injuries in Brazilian Jiu-Jitsu competition than wrestling, MMA, Taekwondo, or judo. The most common injuries that students encounter in a BJJ competition are sprains.

Learning BJJ from an experienced Jui Jitsu master is 100% safe, and the likelihood of facing injuries during training is vastly lower. As one of the safest places to train on Long Island, we take utmost precaution and employ all the safety measures during the BJJ sessions.

What is the difference between jujitsu and Brazilian Jiu-Jitsu?

While trainers teach Japanese jujitsu in a traditional setting as this art form values discipline greatly, Brazilian jiu-jitsu is a sport that focuses on grappling. Jujitsu is suitable for real-life combat situations, and ideal for attaining full-body fitness, improved endurance, strength, and flexibility.

Contact Master Francisco Mansor at (631) 589-0459 to schedule a free martial arts class. Kioto Brazilian Jiu-Jitsu is one of the top Long Island BJJ facilities and has helped numerous adults and children develop self-confidence and self-defense skills.